Sandoval is a three-time World Series Champion, who owns a .426 BA in 47 ABs across 12 World Series games, but his career batting average of .294 is a bit inflated from his younger, lighter years in the Bigs.

The Boston Red Sox will most likely win the bidding war for the Panda, but they are going to overpay, something they wouldn’t do for Jacoby Ellsbury last offseason and they traded away Jon Lester this season, who is entering free agency.

Back in December of 2012, a 29-year-old (turned 30, days later) David Wright signed an 8-year $138 million extension with the New York Mets. He earned $20 mil last season, and hit just .269 with 8 home runs and 63 RBI.  Wright has hit 20 home runs in just 2 of the last 6 seasons, driving in 100 runs just once. He is also grossly overpaid, but the difference between Wright and Sandoval is that Wright is the face of the franchise. 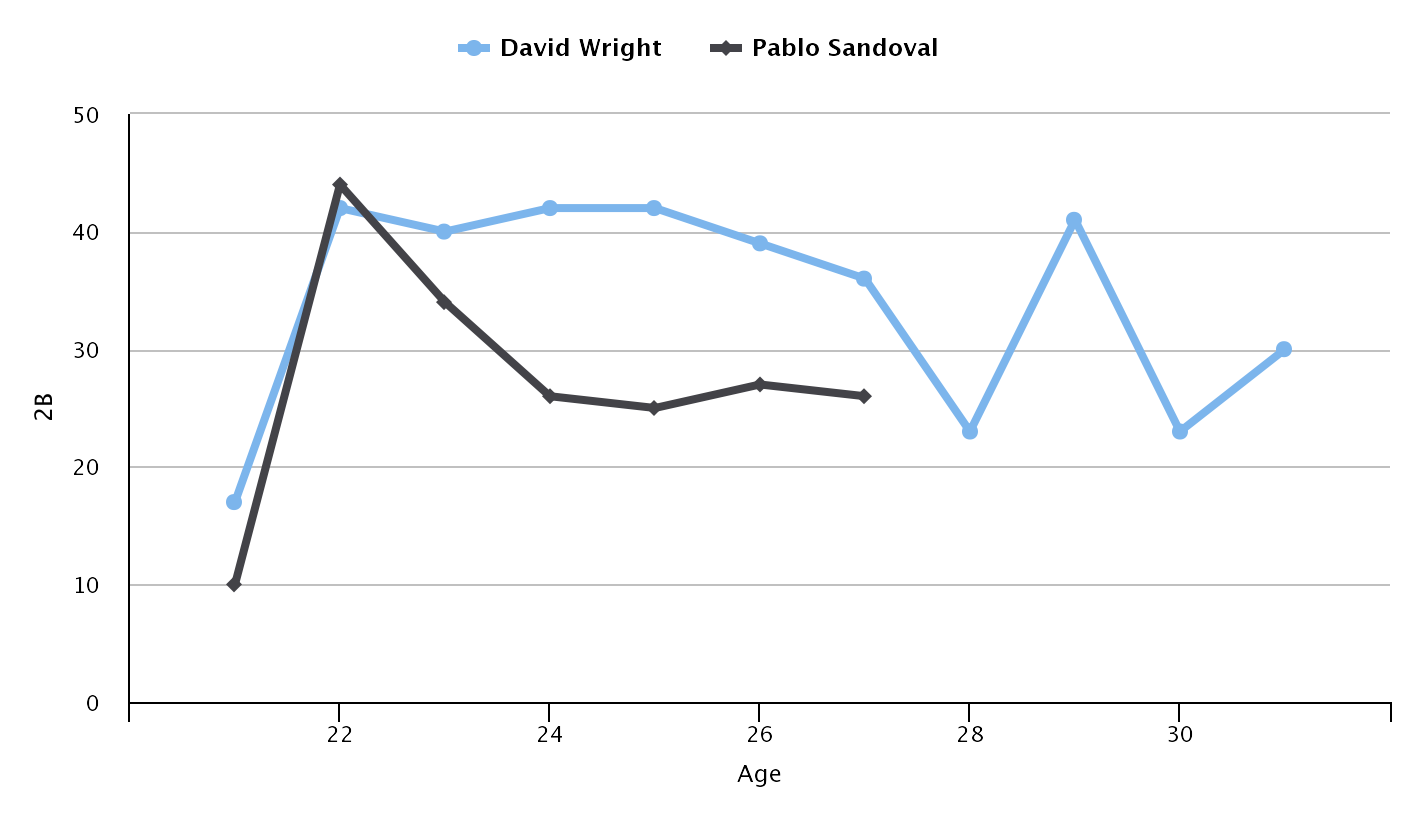 Since the 2010 season, Sandoval (348 RBI) is one of 53 players to drive in 345 runs. Of the 8 “third basemen” to reach that, Sandoval is 7th, behind Miguel Cabrera, Adrian Beltre, Evan Longoria, Aramis Ramirez, Wright and Mark Reynolds. Only Ramirez and Reynolds have a lower WAR, and just Longoria and Reynolds a lower a BA.  Longoria won’t make $15 mil until the 2020 season, when he is 34 years old.

Sandoval does not strike out often, but he doesn’t walk much either. I understand that runs scored is a team stat, but Pablo’s speed is what we call, not fast, and he has scored just 295 runs since 2010. Ryan Zimmerman has scored more runs in nearly 100 less games. Zimmerman made $14 mil this season and will do so until the 2019 season, when his contract jumps to $18 mil. He was 27 when he signed a 6 year $100 mil extension with the Nationals.

The agreement contains a full no-trade clause and adds six years and $100 million to Zimmerman’s current contract, which runs through 2013, plus a team option year worth $24 million. In total, couting the two years on his current deal, Zimmerman will make $126 million over the next eight years or $150 million over the next nine years.- Washington Post

I am not against a player hitting the market and maximizing his paycheck. I guess what I am doing is agreeing with the Giants in saying that free agent Pablo Sandoval is not worth the money.

Pablo Sandoval enters the offseason as a free agent, and a switch in leagues might be in his future. Photo Credit: Matt Goldman

Check out the blog We Talk Fantasy Sports