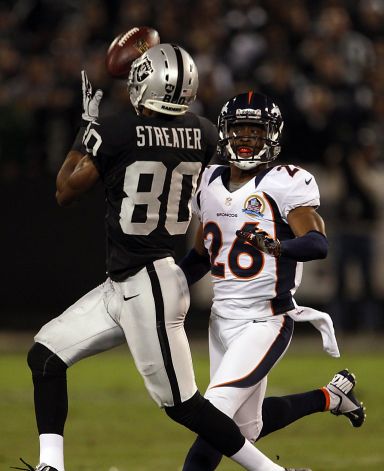 If you’re lucky enough to still be interested in Fantasy this time of year, I applaud you. If you’re skilled enough to have earned a bye week this week, the players below could offer some backup off of the Week 15waiver wire.

Picking those players up now, before the two winners of the Week 14 playoff games get a chance, is a smart move.

In our 12-man PPR league hosted by my college friend Andy, he set up playoff brackets so that the two teams with this best record (as long as they aren’t in the same division) will get a bye on Week 14. I can proudly say that at 9-4, I have earned a bye this week and an automatic bid to the semi-finals.

Although, my team has a great starting lineup with guys like Russell Wilson, Matt Forte, Dez Bryant and Jimmy Graham getting hot early and staying hot, I would like to bolster my bench in order to have a plug-and-play option if the injury bug bites.

While it may seem easier with fewer owners scavenging the pool to pick up a fill-in, the truth is that owners in playoff contention will be unloading bench players and looking for home-run threats. The key to a successful Fantasy playoff run is to have the foresight to eye upcoming matchups when it matters most.

Here are my Week 15 waiver wire pickups assuming you’re one of the few owners who have a bye this week. Owned percentages are from ESPN.com leagues. I think Ball is the best RB handcuff in the NFL right now. If you are a Knowshon Moreno owner, you are making room on your bench for him by dropping names like Trent Richardson, Willis McGahee, and BenJarvus Green-Ellis.

If you aren’t a Moreno owner, look to pick up Ball this week for a nice matchup against San Diego in Week 15, where the carries are going to be closer to 60/40 in favor of Moreno, as they try and reduce the massive workload that he has shouldered.

I like them in that order as MIA is ranked 27th against opposing RBs this year.

Even less likely to be available than previously mentioned Ball, Vereen’s value is derived mostly through the passing game. He caught five passes this past week for 37 yards (his lowest of the season) and was able to score. I view him as a low end RB2 with upside in a PPR and a solid flex in standard scoring leagues.

However, the RB situation in New England is scary at best and Head Coach Bill Belicheck seems to have all of his RBs on a short leash. Expect 8-12 carries for Vereen with a half a dozen catches.

I’m guessing Streater is probably still available in your league as Oakland hasn’t been doing much this year. With Denarius Moore still a question mark to return as of this writing, Oakland still needs to throw the ball to stay in the ball game.

Streater won’t put up WR2 numbers outside of a PPR and he has a low ceiling with a rookie QB throwing to him, but he certainly is a viable option with a vulnerable K.C. secondary.  I would flex him over names like DeAngelo Williams and Mike Wallace Week 15.

While Torrey Smith is the deep threat here, I do believe that Jones offers value in a pinch, if there is little left on your waiver wire. Detroit is giving up 42-plus points a game to opposing WRs and this one will be indoors. I think this game becomes a track meet and Jones becomes the beneficiary of at least one score. As a bonus, Jones also returns kicks, if your league provides points for that.

My suggestion is to get Walker now as he faces the two worst teams against TEs in back-to-back weeks (Denver and Arizona). While you probably aren’t going to start Walker over names like Jordan Cameron, Martellus Bennett, or Jason Witten unless you have an unforeseen injury at the position, he is a great stash if your stud goes down over the bye week.

We have seen what his ceiling is (Week  11 vs. IND, 25 pts (PPR)), but keep your expectations for those numbers in check as Walker has just as many dud weeks as positive ones.

Hopefully, after making these Week 15 waiver wire pickups, you’ll also be able to take advantage of some great pickups in Week 16! (Titans defense at Jacksonville!) J.P. McDonald is a guest writer at DavidGonos.com, and he’d love to hear your Week 15 options.