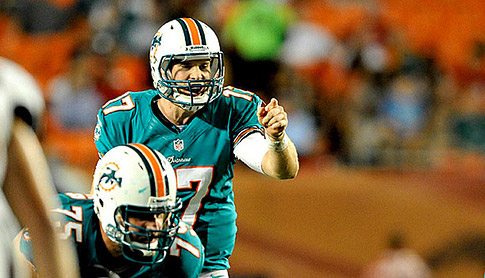 Doing up a set of Fantasy Quarterback Keeper rankings is always a fun exercise. You no longer see has-beens and old vets that should be put out to pasture, and instead you see promise in young quarterbacks, hoping they’ll fulfill their potential after being high draft picks.

Then again, you also get cynical and you start to think things like, “Will we hear Blaine Gabbert’s name after the 2013 season? Maybe not.”

It’s funny, though, when you think of how many young quarterbacks this league chews up and spits out. For instance, here’s a quick list of forgotten quarterbacks that were drafted from 2009-11.

And those are just the familiar names! (Granted, the rest of the story is still likely to be written for guys like Mallet and McElroy, but the others can probably be forgotten for now.

Looking at the current rookie quarterbacks, and their place in the 2013 Fantasy Quarterback Keeper Rankings, and you are a little more excited about them than owners in non-keeper leagues. Granted, that’s usually the case, but in recent years, with rookie quarterbacks like Cam Newton, Robert Griffin III and Andrew Luck, owners in all leagues were excited about their rookie seasons!

As you look through these keeper rankings, especially once we get to the running backs and wide receivers, you’re going to have to remember a few things.

These 2013 Fantasy Quarterback Keeper Rankings are for standard non-PPR leagues, scoring four points for a touchdown pass, starting 1 QB, 2 RB, 2 WR, 1 TE, 1 K and 1 DST. These rankings, powered by the folks at FantasyPros.com, will be adjusted throughout the summer. “ECR” stands for “Experts Consensus Rankings,” and it’s the average rankings of over 35 Fantasy Football writers/websites.

We’ll be updating the 2013 Fantasy Quarterback Keeper Rankings throughout the summer, so be sure to check back often when roster news and injuries hit.