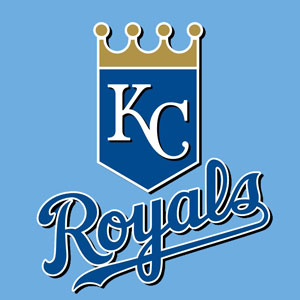 What a difference a year makes. Last year at this time, the Royals were on a lot of sleeper lists as the team to watch out for.

Armed with a young nucleus, whose lineup was potentially lethal, the team seemed to be just a few pitchers away from becoming serious contenders. When the Royals traded Wil Myers for a front-line starter in James Shields, acquired Ervin Santana in a trade with the Angels, AND re-signed Jeremy Guthrie as a free agent, General Manager Dayton Moore was thought to be a genius or a fool.

The moves were not viewed as bad, just perhaps too soon. After winning their most games since 1994 (86), the results are mixed. The lineup proved to be too young in 2013, but still showed growth and the potential that has so many excited.

Entering this season, nearly every regular player is either in — or at the beginning of — their prime. They lose Santana, and are still weak in the rotation, but with newcomer Jason Vargas, and youngsters Danny Duffy and Yordano Ventura, optimism remains.

With the Detroit Tigers and Cleveland Indians expected to battle for the AL Central Crown, the pressure is not as severe in Kansas City, yet the potential is still there. That could be just the recipe this young teams needs to put it all together, and the 2014 Kansas City Royals will be very interesting to monitor in 2014. Hosmer will be 24 in 2014, so I would expect a slight increase in his power numbers, but still well shy of his max potential. A .300-25-90 year would not surprise me by any stretch, and that should challenge for Top 5 at the position.

Sal Perez will also be 24 in 2014 (May) and he too is on the verge of being Top 5 at his position. There is no denying he can hit, already owning a career .300 average over parts of three seasons. There is little doubt he will hit for power, standing at a chiseled 6-foot-4 and already hitting the double digits for dingers (13 in 2013).

The question, as with most catchers, is can he withstand a full season behind the plate and still be productive at it. The answer is an emphatic yes. He is an aggressive contact hitter, who will not be able to hide from his natural strength. I expect the average to remain around .300 and see him come close to 20 homers this season, if not passing that mark. I recommend setting your sights on a line of .300-20-85 with the potential to produce even more.

While Billy Butler has shown he can produce studly numbers, his relegation to DH duties makes me hesitate recommending him for Fantasy purposes. Would I like .300-30-100 from anyone? Absolutely! But I would also like some flexibility on where I can play him. Semantics for some, but not my personal philosophy. That being said, there is only one DH outside of David Ortiz I would draft, and his name is Billy Butler.

Is it fair to continue to mount so many expectations on the young third baseman? I almost do not want to consider him a breakout because of all he has been through, and because he will never meet those expectations. So many tabbed him as a breakout in 2013, that when he got off to a horrendous start he quickly became a Fantasy no-no (if only he were a pitcher … perhaps).

Moustakas will be 25 for the upcoming season, and if you review what his talents are, he may work his way back into your heart. Throughout his minor-league career, he always hit for a high average (.282), but never flashed enormous power, peaking at 22 HR. Break down his 2013 campaign and you will see how much that start really hurt his season:

Encouraging to see in the dead of summer that he got back to what he has always been — a high-average guy. If you do not expect Moustakas to be elite, you will be fine. Temper your expectations to that of a Top-15 player for his position and you will be more than satisfied with a late-round steal. Moustakas breaks out this year with a .275-20-85 line, and that should be enough to make you smile.

Jason Vargas is not the kind of pitcher you get excited about as an anchor to your staff. He bounced around the minors early in his career, earning a few chances in Miami and with the Mets. A trade to the Mariners in 2008 gave him a new lease on his Major League career.

In 2009, he began getting regular playing time in Seattle, and since then he has become a workhorse averaging 190 innings pitched over the past four seasons. Over that same stretch, he has averaged 10.5 Wins per season (14 was his high), for the Seattle Mariners B.C. (Before Cano). He hovers around an ERA of 4.00, will strike out about 6 per 9 IPs, and this season he will occupy the role of third starter for the Royals.

Do not be surprised to see Vargas notch 15 wins, while striking out 120 over the course of 180 IPs. That would be tremendous value for the back end of your rotation.

It is somewhat unfair that I label Cain as a potential bust, because in fact I do not think anyone in the Royals lineup will underperform.

I am of the belief that they are what they are, and by default he is my choice. It is true, this is his age-27 season, and normally he would fall into a breakout category as a result. I just do not see it, though, and the once touted outfielder will remain what he has been — serviceable.

Cain’s skills play better to real life than to Fantasy, and while I do not expect a drop off from his pedestrian numbers of the past, I would not hold my breath waiting for an increase in production either. The Royals lineup is loaded, and Cain is at the bottom for a reason.

I should preface this by saying I am biased towards Ventura. The name alone sounds cool, and very Basebally, but I grew a fondness for him when I first learned of his profile.

Standing at a generous 5-foot-11, (he’s on the smaller side) he hits triple digits on the radar gun with regularity. Because of his stature, he is projected by many to claim the role of a reliever. But, he is much more of a complete pitcher than that, and reminds many of Pedro Martinez.

I had the luxury to see him first-hand at the 2013 Futures Game, and he is every bit as advertised. His call-up to the majors last September backed that up — in his three starts, he showed he can get out hitters at the highest level. He will have an opportunity to win a job outright in spring training, but it is more likely he will start the year at Triple-A Omaha.

Wherever he begins the season, I have no doubt he will finish the year making an impact for the big league club. By the end of 2014, you will understand why he is one of my personal favorites, and may become one of yours as well. Last year was a vast improvement for the Kansas City Royals, but it was bittersweet because expectations were higher. Last year gave hope for the future, but also tempered the expectations. Last year is in the past, and this team is better.

It is plausible that, for Fantasy purposes, every starting positional player on the Royals should be rostered. This team can, and should, score runs by the boatload. They have a nice balance to their lineup of speed and power, and should also hit for a high average.

Their pitching will be key to how far they can go in the standings, but from a Fantasy perspective, they have some nice options there as well.

Greg Holland is an elite closer, while setup men Kelvin Herrera and Luke Hochevar offer solid production for leagues that reward Ks and Holds. Shields is a top-30 starting pitcher, and Jeremy Guthrie, Duffy and Vargas all offer valuable upside.

If you are in a Dynasty League, Ventura is not available, but in other formats keep him on your radar. He should be viewed in the same company as other young superstars like Michael Wacha, Julio Teheran, Gerrit Cole and Zack Wheeler. He is that good, and can be a difference maker in 2014.

This is an exciting time for the 2014 Kansas City Royals and their fans, and this season should see them continue to improve on their recent success. They will most certainly be in the Wild Card race, but I think they finish like last year, with about 86 wins, just shy of the postseason.

Andy Singleton is the founder of PeoplezPerspective.com. They just completed their first year, and offer a little bit of everything for the everyday fan. Fantasy Baseball, Fantasy Football, and Fantasy Basketball ranging from rankings and advice, to commentary on Sports in general. We are still in the growth stage and appreciate David Gonos for providing the opportunity to do this preview. You are all invited to check out the site, offer any comments you may have, and follow on Twitter @PeoplezPen. New contributors also welcome. Have a look!