If you play in any CBSSports Fantasy Baseball leagues, you might not know about an awesome page at your disposal. It shows you the percentages of all the other Commissioner leagues on CBSSports.com, as far as the league types, player pools, positions, rules, scoring and all that other stuff.

So I thought I’d share those numbers with all of you!

Since the late ‘90s, I’ve always considered CBSSports Fantasy Baseball leagues to be the best — including the time I wrote there from 2003 to 2008. Even now, I’m still friends with many of the people that still work on the site, from the writers to the newsroom to guys in marketing to customer service to programmers. I take some pride in their work!

Many people might not realize there are a ton of interesting numbers data mined out of the CBS Commissioner product.

Take these numbers and do with them what you will. For me, I find many of them very interesting as this hobby evolves from year to year. Understand that CBS doesn’t share how MANY leagues they run each year, just like ESPN, Yahoo! and other league services. So what we get to see is the percentages of leagues that do this or that.

To find this page on your CBSSports.com Fantasy Baseball league, go to “League” on the top nav bar, then click on “League Details,” then click on “Glossary.” Voila!

I always found it weird that there were just a few more NL-only leagues than AL-only leagues, but I chalk that up to the fact that until just recently, there were 16 NL cities and 14 AL cities in Major League Baseball. That means more NL fans, obviously. I bet we’ll see the numbers shift back to even within five years, now that Houston is in the AL West.

It’s tough to imagine these daily lineup leagues lasting through the years, now that Daily Fantasy Baseball play is so prevalent. The weekly leagues, though, will live on because they attract the Fantasy Footballers on hiatus.

Figure the FAAB people are the hardcore Fantasy Baseball owners that know it’s the best waivers system around.

Crazy to think only 17 percent of CBSSports Fantasy Baseball leagues have trade voting. Personally, I’m in favor of the free-for-all with a commish having the power to veto/undo any that are obvious attempts at collusion. Voting brings in too many other factors.

Who are these people playing in “Ranked Points” leagues? Also, ESPN readers, please take note – Head to Head is not the most popular way to play Fantasy Baseball. That percentage has actually dropped in recent years, too, with more people moving to Rotisserie on CBS.

I really wish they would show how many leagues use two starting catchers, compared to just one, so we could shut Jake Ciely up already. SMILEY FACE!

I’m shocked that only 18% of leagues use holds as a stat category. I would’ve assumed most Head-to-Head leagues gave points to holds. Nearly 10 percent of all CBSSports.com leagues award points for pickoffs!?!

Why is it that just 24% of Commissioner leagues use negative points for when a pitcher hits a batter, but then 36% of leagues give hitters points if they get hit by a pitch!?! 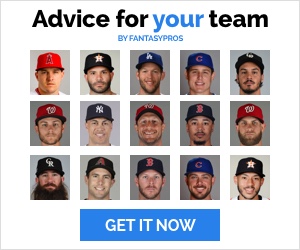 How is just one-third of Commissioner leagues scoring against strikeouts for batters!?!

It’s pretty cool that 11% of leagues use OBP – which means that 11% comes out of the Rotisserie leagues, since scoring OBP for Head-to-Head leagues doesn’t really make sense. That works out to one out of every four Roto leagues uses on-base percentage! (Then again, there’s 50 percent of leagues using batting average, so there goes that theory.)

Strange to me that Total Bases is just one out of every 20 leagues, just because it seems to wrap up so many other scoring events.

I hope you thought these league percentages from CBSSports.com leagues was as interesting as I did. My hope is that some of you are arguing for or against some of this stuff with your commissioner – or if YOU are the commissioner, maybe you’re arguing with your leaguemates. Use these numbers to get a new rule passed!

Points for Intentional Walks for all!

Thanks to CBSSports Fantasy Baseball leagues for having these stats available to their customers!