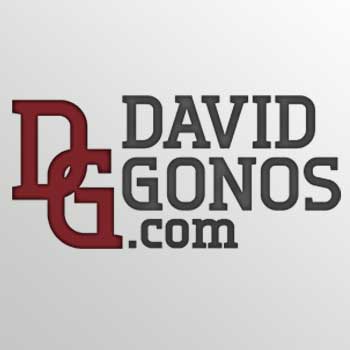 One year ago this week, I started to post regularly on DavidGonos.com, sharing my thoughts on the 2012 Fantasy Baseball season and the upcoming 2012 Fantasy Football season. Little did I realize how quickly it would grow, how much I would learn and how many friends I would make within the next 12 months.

In the early 2000s, I started my own Fantasy Sports content website called FantasyRef.com, and I built up a ton of great contacts with some awesome people in the Fantasy industry.

Once again, I found that if you’re nice to other site owners, they’re nice to you. Over the past year, I’ve connected with great guys, with great sites, like:

But I want to give a special shout-out to Greeby and his FantasyRundown.com site. This guy does a great job of scouring the Internet multiple times a day to find his readers the best Fantasy Baseball and Fantasy Football articles for them to read. Imagine a personal assistant that’s sorting out your junk mail, allowing you more time to read the great stuff!

And for the guys that I’ve known for years, like my friends at CBSSports.com and RotoExperts.com, as well as all of my ToutWars.com competitors, I shoot them a HUGE thanks for their support of my site as well.

We’ve gotten together on tons of mock drafts, including ones like:

And I tried to show some love to these guys and some of the sites they represent, like posting:

Of course, the “101 Fantasy Baseball Tips” ebook was also one of the more successful efforts to come out of DavidGonos.com. I was able to get 59 Fantasy Baseball writers from 37 different websites to write 101 tips in 12 categories. The ebook ended up at about 50,000 words, and some of the biggest names in the industry blessed it with their presence.

If you aren’t familiar with some of the sites I mentioned above, grant my anniversary wish and check them out! They do great work and are always striving to put out great content.

I'm giving out @DraftCalc memberships ($20 value) to 3 random folks that RT and Follow, as my 1-yr DG-com anniv gift to you!

Just When You Think You’ve Had Enough of Me

And when you’re done checking those sites out, take a look at what else is going on in the wide, wide, world of David Gonos:

Coming Down the Pike For DavidGonos.com

So the second year is about to kick off now. This time, I’ll be a little better prepared to understand what everyone wants from my site and how I can make it more helpful. Here are some things I’m excited about for the next 12 months.

Hopefully, you enjoyed this first year of DavidGonos.com as much as I did! Good luck to you on your Fantasy Baseball season, and let’s all look forward to a great Fantasy Football draft prep season!