Some of you are reading this and saying who the hell is Yeti Vedder? Why should I take Fantasy Football advice from this clown?

I am simply — a Yeti. A Yeti who is never afraid to share his opinion on things. My boy David Gonos asked if I would write a Mind Of The Yeti Fantasy edition, and seriously, weird things happened in my pants! This is like when Tupac and Snoop wrote “Gangsta Party,” and Tupac said you have 2 of America’s most wanted in the same mother f*&$@^ place at the same mother f*#@$% time! Well,

I am not going to drop rhymes on you, but I will share some of my deepest thoughts about Fantasy Football. The thing is — my mind tends to wander. So as I deliver Fantasy Football advice, you might just hear something else as well. Here we go.

*If a woman has hair on her face can you imagine what her bikini line looks like? *Unless they have the last name Brady or Rodgers I am not drafting a QB in the first three rounds. They are all virtually the same player. Matt Ryan and Tony Romo? I’m pretty sure they are the same person. Both put up some good numbers and have never done anything in the playoffs.

*Want a QB coming off neck surgery? Neither do I. Plus if Peyton Manning’s sixhead gets any bigger it will become a sevenhead and I can’t draft a guy that has a dry-erase board as a forehead. Not to mention his WR corps is pretty underwhelming! *TO is back! Draft the Seahawks’ newest receiver late in your draft. He is a guy with something to prove and could make a nice WR3 or WR4.

*His reality-TV buddy, Chad Johnson Ochostinko, is now in Miami. Stay far away from this clown. Let anyone else in your league draft him.

*However, if we are drafting Basketball Wives, draft Chad’s girl Evelyn Lozada and stay away from Shaunie O’Neal. Mainly because Shaq is gigantic. Take that in whatever way you want to take it.

*Another sneaky WR pick that I like is Randy Moss. He has supposedly looked unreal in camp and hate him or love him, he is one of the best WRs of all time.

*Don’t be the guy in your league that drafts Tim Tebow. You will not only be made fun of the entire season, but a backup QB is never a good pick. Ever! Unless you get him with your last pick for the reason that you wanted God on your team’s side.

*Looking for a solid RB option in the middle rounds? Stevan Ridley, handcuffed with Shane Vereen, is a solid option. All those touches that belonged to BenJarvus Green-Ellis last year? Ridley will now get them. As long as he keeps the ball off the ground he will see the endzone! The Pats offense is explosive.

*Even though he is my favorite player in the league right now, do not jump in too early on Rob Gronkowski. Tight End is a deep position and with all the WR options in New England, I don’t see Gronk putting up the same numbers this year. He’ll still be great, but last year was record setting.

*Who is Yeti Vedder sleeping with? That is none of your business! Oh! Oh! Who are my sleepers? Well, the Yeti Hibernation Team as of right now has Jay Cutler at QB. I think he finally has a good WR to throw to in his old buddy Brandon Marshall. Matt Forte and Michael Bush in the backfield are nothing to sneeze at either. Give Cutler some time to throw the ball and reap the benefits! *If you really want to know who is on Yeti Vedder’s Fantasy sleep-with-team, Eliza Dushku is my No. 1 pick.

*Who does Yeti Vedder hate? I am a lover, not a hater! Oh! Oh! Who should you stay away from? Well, the Yeti Vedder plague-list QB is Michael Vick. If you are playing Madden on PS3, take Vick. If you are drafting a Fantasy team, take my Fantasy Football advice, and stay away from this guy. It’s bad karma to draft a guy that killed dogs. Not to mention he is always hurt and I don’t like my QB to be softer then puppy poo. No pun intended!

*One thing that is kryptonite to Yeti Vedder is relish. It might be the grossest condiment in the world. If you eat relish out of a packet, I am pretty sure we can’t hang out. 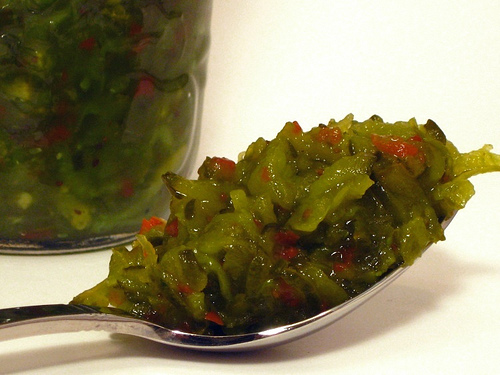 *A great draft rule: At a live Fantasy draft, every time someone tries to draft someone that has already been picked the owner that repeated the pick needs to do a shot or shotgun a beer. Makes the draft a little more interesting!

*Where have you gone, Terrell Davis, our nation turns its lonely eyes to you.

Yeti Vedder is a writer, a lover of good beer, good food, and loose women.  He loves all sports and won’t ever be afraid to share his opinion on any of them, as well as dispense out Fantasy Football advice.  You can check Yeti Vedder out at www.fifthperiodlunch.com.  If you have any questions, comments or just ideas Yeti needs to share please feel free to email him at yetivedderfpl@gmail.com and follow him on twitter @yetivedder.